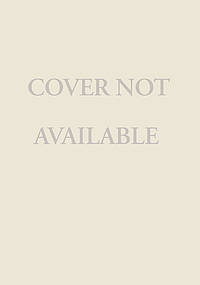 This monograph investigates how Japanese employs different structures found in the grammatical voice, both synchronically and diachronically. The Japanese voice system, especially the passive voice, has provided much interesting data for typological comparison, and Japanese examples are often cited in various linguistic works. However, the basic structure consisting of a suffix -(r)are is taken for granted as the passive voice, but it has not been thoroughly compared with various structures with similar functions in other languages. It is argued here that various typological comparisons can reveal different interpretations of structures often analysed under a term 'grammatical voice' in Japanese.

The main argument proposed in this book is that the Japanese passive originates from an earlier middle voice structure. As the language evolved, the middle voice lost its core function and became more like the passive voice, leaving some residues of earlier middle voice structure even in Modern Japanese. This developmental path is typologically very common, but it has not been recognised in the history of Japanese. This will make the voice continuum in Japanese more complex, i.e. from a conventional active-passive binary pair to a newly proposed active-middle-passive ternary pair. Thus, the presence of the middle voice in Japanese can provide various solutions to questions that are previously considered in relation to the passive voice.

The book starts off with a description of different structures normally discussed under the passive voice in Japanese, and five structures are presented here. Following this, both syntactic and semantic features of the Japanese voice system are discussed separately. These discussions will raise some oddities that are not dealt with satisfactorily in previous analysis, and these points are analysed in historical comparison. Apart from the basic description of five structures, certain grammatical features are studied by comparing Japanese data with similar structures and functions in other languages. In addition, there is a small amount of data used for indicating frequency of structures in the basic description.