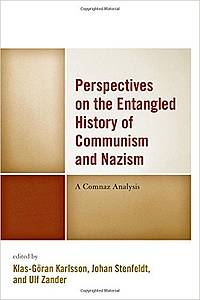 The collective work deals with the problems of if, how, and why the histories of German Nazism and Soviet Communism should and could be situated within one coherent narrative. As historical phenomena, can Communism and Nazism fruitfully be compared to each other? Do they belong to the same historical contexts? Have they influenced, reacted to or learned from each other? Are they interpreted, represented and used together by posterity?

The background of the book is twofold. One is external. There is an ongoing debate about the historical entanglements of Communism and Nazism, especially about Auschwitz and Gulag, respectively. Our present fascination with the evil history of genocide has situated the Holocaust as the borderline event in Western historical thinking. The crimes against humanity perpetrated by the Soviet Communist regime do not have the same position but are considered more urgent in the East and Central European states that were subdued by both Nazi and Communist regimes.

The other, internal background is to develop an analytical perspective in which the “comnaz” nexus can be understood. Using a complex approach, the authors investigate Communist and Nazi histories as entangled phenomena, guided by three basic perspectives. Focusing on roots and developments, a genetic perspective highlights historical, process-oriented connections. A structural perspective indicates an attempt to narrow down “operational” parallels of the two political systems in the way they handled ideology to construct social utopia, used techniques of terror, etc. A third perspective is genealogical, emphasizing the processing and use of Communist and Nazi history by posterity in terms of meaning and memory: What past is worth remembering, celebrating, debating—but also distorting and forgetting? The chapters of the book address phenomena such as ideology, terror, secular religion, museum exhibits, and denial.