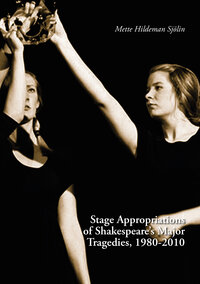 A childless couple look for an alternative life project; three sisters argue about their senile father; a young student struggles with his tricky family situation and an attitude problem. Appropriations, adaptations and productions from the decades around the turn of the millennium often treat Shakespeare’s major tragedies as domestic drama, which brings out the gender- and family-related issues in them. This book examines appropriations of five of Shakespeare’s tragedies (King Lear, Macbeth, Othello, Romeo and Juliet and Hamlet), written for the stage between 1980 and 2010 and set in Shakespeare’s playworlds. It investigates how these appropriations are used as a strategy for discussing issues that are central both to Shakespeare’s plays and to the present gender-political climate, with particular focus on the depiction of women and familial relationships.