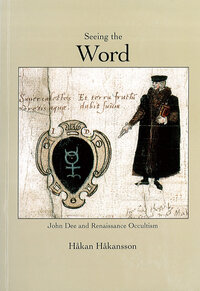 The British polymath John Dee (1527-1609) is one of the most fascinating personalities of the early modern era. A notorious magician and alchemist, as well as a respected scientist and mathematician at the court of Elizabeth I, he challenges our traditional view of the Renaissance occultist.

This study offers a new perspective on Dee’s occult philosophy. Situating his works in the context of early modern notions of “natural” languages, it examines Dee’s continuous search for a language which could yield knowledge of both nature and God. This previously neglected subject provides fresh insights into the underlying motives of Dee’s seemingly disparate interests and works.

At the same time, this study reassesses the role of language in early modern thought. Challenging prevailing interpretations of how “natural” languages, hieroglyphics, allegory, and word magic were viewed in the Renaissance, it argues for a more balanced approach, describing how these concepts were dependent on cultural narratives which made it possible to metaphorically associate language, nature, and man with the Word of God.