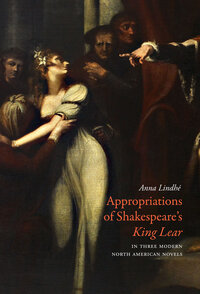 ‘I am a man
More sinn’d against than sinning’

For centuries, readers and spectators have felt invited to sympathize with the father in one of William Shakespeare’s most famous tragedies, King Lear. Towards the end of the 20th century, however, these sympathies shifted towards Lear’s daughters in both the critical and the creative afterlife of the play. This book examines the ways in which three modern appropriations of King Lear – A Thousand Acres (1991) by Jane Smiley, Ladder of Years (1995) by Anne Tyler, and Cat’s Eye (1988) by Margaret Atwood – suspend the reader’s inclination to assign blame to Goneril and Regan, transferring a measure of responsibility back on to the father. It demonstrates that literary appropriation is able to alter the reader’s understanding of a major work of literature and even engender ethical effects in its readers.