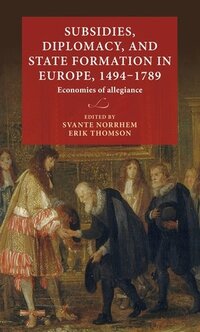 This book examines early modern politics, diplomacy and finance by looking at the transfer of money and other resources between sovereigns in return for military or political service, often known as the payment of 'subsidies'. Focusing on payments made by the French crown, the contributors explore how subsidies provided opportunities for princes, statesmen, generals and merchant-bankers to pursue their political goals. By highlighting the ways in which the payment and acceptance of subsidies shaped concepts of honour and reputation, the book shows how material interests and questions of identity coalesced. The construction of states and the political debates within polities are seen to have been influenced by the movement of money and resources across borders. Consequently, the interaction between financial and mercantile hubs and networks was vital to state formation in early modern Europe.