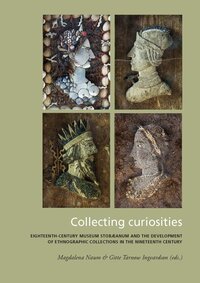 In 1735, professor Kilian Stobæus donated his collections to Lund University laying the foundation for the university’s first museum. The ‘Museum Stobæanum’ contained over 3000 natural history, historical and ethnographic objects typical of the cabinets of curiosity. This richly illustrated book is the first comprehensive history of these collections. Eighteen chapters, written by an interdisciplinary group of scholars, explore Stobæus as a researcher and collector; the concept, organization and development of the museum through time; as well as the culture of collecting, including its scientific and symbolic meaning. The authors also investigate specific examples of museum objects: fossils, plants enclosed in a herbarium, a crocodile, seashells and insects, North American artefacts, an Egyptian mummy, coins and medals, the skull of Descartes, Guyana war clubs and ethnographic objects from the South Pacific. The book contributes to a better understanding of Stobæus and his peers in their pursuit of knowledge through collecting as well as the complex processes that enabled early modern museums. On a broader level, it illuminates the global connections and intellectual environment of eighteenth-century Lund and Sweden.