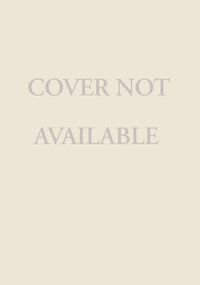 In the beginning of the 18th century a young student in Uppsala named Johannes Annorelius went abroad. He was never to return. In a letter to his brother Julius we read that he became a Roman Catholic – a capital crime in Sweden at that time – and lived as a Capuchin friar a monastery in Flanders. There he wrote several extensive letters in French and Latin to his brother in Sweden.

The letters state the reasons for his conversion and are intended to convince his Lutheran brother and the rest of their family to become Catholics as well. Hence, the letters become epistolary specimens of controversial theology, with arguments mostly from the Bible and the Church Fathers in a style highly influenced by the controversialists of the Counter-reformation.

Moreover, the letters show that Johannes Annorelius really cared about Julius and his salvation and deplored that they had to live separated from each other, geographically and spiritually. In a unique way the present letter collection reflects the great European confessional warfare in the mirror of two brothers from the village of Tierp in Sweden.

This book presents a critical edition of the Latin letters in ms. G3 (Uppsala University Library) from Johannes Annorelius to his brother Julius.