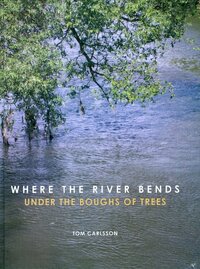 Tom Carlsson
Where the River Bends Under the Boughs of Trees. Strandvägen - a Late Mesolithic Settlement in Eastern Middle Sweden
Acta Archaeologica Lundensia Series altera in 8° 55
2008

During the years 1999–2003 archaeological excavations took place at Strandvägen, a Mesolithic settlement site in eastern central Sweden. The excavations were done along the shore of the river Motala ström but also under the water.

Thanks to good conditions for preservation it is possible to discuss the material culture, the settlement pattern, the relations between the inhabitants, and their relation to the surrounding world.

In Where the river bends. Under the boughs of trees, the results of the excavations are presented. The objective is to discuss not only the empirical material but also to set the local expressions at Strandvägen in a wider Scandinavian and European perspective.

The settlement is placed in a specific culture-historical period, more precisely the time period 5500–5000 BC.

Ultimately this is a book about meetings: the physical meetings across the water and beyond the forests, but also the immaterial meetings. These meetings contained important and meaningful elements of life. They linked people together. The people were part of a larger Mesolithic “community” and had a similar way of relating to the surrounding world.

It was a community shared by people far beyond familiar waters and forests. The archaeological finds illustrate the reality of these relations. It can be described as archaeology of space, but space with a great deal of room for the people. With this book, the author hopes to initiate a dialogue about the way in which we view the Mesolithic societies.