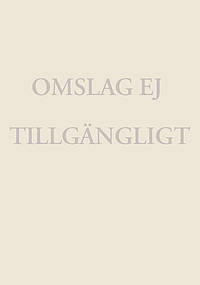 The goal of Wikander's study is to elucidate the interconnected motifs of drought and death in the Bronze Age cuneiform alphabetic texts from Ugarit in Syria and the survival of these motifs as they appear in the world and text of the Hebrew Bible.

The sun and its heat are two of the most universal symbols known to humanity; the sun can be a giver of life, but its hot, scorching rays can also be associated with drought and the forces of destruction. The Ugaritic texts portray the sun goddess, Shapshu, as the sender of terrible drought; she manifests the rule of the god of death through her burning rays. The daily passage of the sun below the horizon also connects her with the land of the dead, and this idea is conflated with that of the destructive drought-sun into the image of a “sun of death.” Wikander discusses the philology of these passages (especially in the Baal Cycle) and follows the motif of solar drought and its connections with the netherworld into the literature of ancient Israel, noting transformations of the motif when influenced by the rising prominence of YHWH.

In the Hebrew Bible, the study traces terminology that refers to the ancient motifs of drought, death, and the sun in texts such as 1 Kings 17-18, Jeremiah 14, Hosea 13, and Malachi 3, as well as passages from the Psalms, using both linguistic and religio-historical methods. The transformations of these motifs indicate changes that Israelite religion went through as it gained its own identity within a greater Northwest Semitic context.

The dissertation on which this work is based has been awarded prizes by The Royal Swedish Academy of Letters–History and Antiquities and the Royal Society of Letters at Lund.