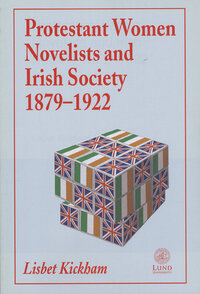 "Such in truth is our lot that while we are English to the Irish, we are Irish to the English. For the one island does not detest us more than the other. "The sentiment expressed by the Anglo-Norman knight Maurice Fitzgerald in 1171 was one that many Anglo-Irish shared more than 700 years later.
This study deals with an area of Anglo-Irish literature neglected by present-day researchers: novels written by Protestant women from 1879 to 1922, at a time when the position of the previously dominant Protestant Anglo-Irish was transformed by the strikingly different nation which was developing around them. The outline of the study reflects the areas of contention: the four chapters - 'Land and Politics', 'Religion', 'Race', 'The New Irish and the Ould Stock' - deal with issues that were topical at the time. The novels' plots and characters were generally invented; but behind the story they present, there is another narrative which keeps interfering with the reading. This second narrative is, of course, 'history'. Immensely popular in their day, the novels make interesting observations on contemporary events and deserve to be acknowledged for the important contribution they make to the history of this eventful period.