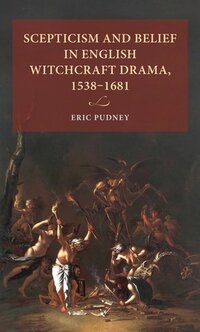 This is a study of the representation of witches in early modern English drama, organised around the themes of scepticism and belief. It covers the entire early modern period, including the Restoration, and pays particular attention to three plays in which witchcraft is central: The Witch of Edmonton (1621), The Late Lancashire Witches (1634) and The Lancashire Witches (1681). Always a controversial issue, witchcraft has traditionally been seen in terms of a debate between 'sceptics' and 'believers'. This book argues instead that, while the concepts of scepticism and belief are central to an understanding of early modern witchcraft, they are more fruitfully understood not as static and mutually exclusive positions within the witchcraft debate, but as rhetorical tools used by both sides.