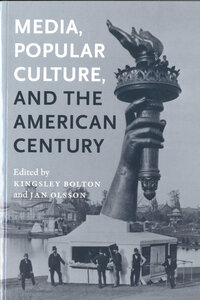 Seen from a contemporary perspective, it is evident that the greatest cultural impact of the U.S. in the fabled American Century was not at the high end of intellectual thought, but at the level of popular culture, the mass media, technology and the spread of the American vernacular in all its semiotic forms.
From the first days of Hollywood till the present, the desire for U.S. cultural products through advertising, fashion, film, life-styles, popular music, television, and much else, has been a force felt worldwide. In 1941, Henry R. Luce published his since-contested paean to the American Century, in which he asserted that: “American jazz, Hollywood, movies, American slang, American machines and patented products, are in fact the only things that every community in the world, from Zanzibar to Hamburg, recognizes in common.”
The perspectives in this volume explore a diverse range of Americana, where the borders between America and the world, dreams and dystopia, and reality and the imaginary blur across settings domestic and international. From the configurations of U.S. in the early 1900s, the essays move to the digital age of Google and computerized hip-hop culture. Somewhere mid-century, other events and movements receive scrutiny, including Asian dreams of the U.S., the impact of cinema in Republican China, and European imaginaries of America. Meanwhile, we remain transfixed by the continuing power of the U.S. desiring machine, even as we move towards someone else’s century.