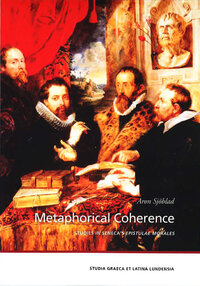 Earlier research has treated the metaphors and similes in Seneca’s Epistulae Morales too much as separate units. In this study, Dr Aron Sjöblad argues that we rather ought to concentrate on the way they interact with each other. In the first chapter, Sjöblad demonstrates that a single source domain, the human body, unites many of the metaphors that have been treated as distinct groups in earlier research. In chapter two, it is showed that the Stoic idea of a psychological defense wall around the human soul is closely connected to the metaphors where Seneca makes use of theatre, slavery, and money. In chapter three, Sjöblad explores the intricate relation between the iter vitae and the iter ad sapientiam metaphors and makes it plain that new meaning emerges when we study the interplay between them.