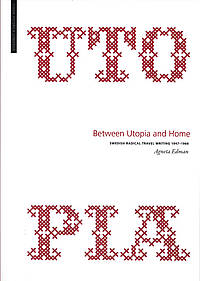 Travel accounts are considered windows to the unknown, ways to experience something new. Yet at the same time the accounts are oddly familiar, raising questions on how limited the genre is, on how much is brought along from ’home’ and how much we can learn about this ’home’ rather than the expected unknown.This is a study of anti-colonial travel accounts from different parts of the world outside Europe, loosely described as the ‘Third World’. They were written by radical and modernist intellectuals who left Sweden and Europe in order to report back on their experiences and impressions. These intellectuals offered descriptions of poverty, oppression, social injustice, and racism, but also of change, hope, and development. Many of the travel books they produced were soon considered significant in the radicalization process that unfolded in the post-war years and peaked at the end of the sixties.There are, however, instances where these critical and anti-colonial travel books disclose complex ties to expressions of European privilege and power, of a colonial discourse. This becomes an area even more worthy of study given the tendency in the post-war years among Swedish politicians to emphasize Sweden’s supposed ‘innocence’, having not partaken in the European scramble for the rest of the world. The objective of this book is therefore to describe the accounts’ relationship with a culture of colonialism, but also to recognize the anti-colonial critique and the attempts to picture a different future.